For my friend ANNABELLE! Don't Stop thinking about tomorrow!

Show time: 10am-noon (PST)
Chat room will also be open during the show

Info: During the first hour of the show, Cherokee Hip Hop Pensmoke and his 10 year old son Dasan live in Mobile, Alabama, 45 minutes from a beach,now closed, due to the biggest man made disaster in the history of the USA- the BP oil spill. They are friends of mine that I asked to share a local outlook of the spill, that will affect current & future generations of people & sea life- I know Dasan has alot to say about this, even though he is only 10 years old. Please join our talking circle & hear why. He's amazing! His father, Pensmoke has a CD release of hip hop music that definitely has a spiritual message & talks about Native American issues & concerns as well. We will showcase some of his tracks and also offer his music up as prayers for the Gulf Region, for all the people and animals alike.

During the second hour, we will have another local on site guest, Drew Dupre call in from the Bayou to give us a first hand report on how this has impacted his community, including the United Houma Nation, who are highly dependent on fishing and harvesting the marine life in the area, now seriously affected by the Oil Spill.

I am also hoping to have other guests on as well, maybe folks who are involved with the "Hair Boom" project(Matter of Trust) and local folks like Salon Rouge owner Christine Spencer,from right here in La Conner- who gladly sent off a box of hair clippings, used for "Boom Making".


We'll let you know how you can help! More info on my musical guest: Pensmoke 'The Professional Outcast' is an Emcee from Memphis TN
specializing in traditional Hip Hop music with the Truth embedded in it. His music speaks on things like life struggles, God, Native American issues, and the deteriorated state of hip hop today. Debut album titled 'Move Undetected' with production by MaxPtah and Derelict (Half-Breed Productions)now available at CDbaby.com and Itunes...you can also find him on FB & REVERBNATION: http://www.reverbnation.com/pensmoketheprofessionaloutcast And we will open up the phone lines at some point as well! Hope you can join us & we will say some on air prayers & share other music as well!
Posted by Swinomish1 at 11:08 PM No comments:

In honor of Mother Earth who is really showing signs of our wear & tear, I have some music & am even debuting a poem dedicated to her called Bayou Mermaid Prayer with a music bed(excerpt) by Majorie de Muynck(Pulse/In the Key of Earth). I will also feature music that will have messages from Native Americans & Non-Natives as like that have to do with Indigenous people who have passed on & also songs that honor our Veterans. This is a test show...be for warned! I used ITUNES to create MP3's & uploaded them from there....I haven't done a show prep that way before....but got my MACbook now( thanks Michael Kickingbear Johnson of Indigenous People's Music)....I am fired up about this Oil Spill, so you will hear alot of "WAKE UP" music. Hope you enjoy the show, please leave a comment & if you want source music links, please feel free to email me: robin.carneen@gmail.com
Posted by Swinomish1 at 10:55 PM No comments:

A Day of 1000 Drums is happening down in Tacoma Sunday May 30th.... Remote & Awesome guest Co-host Tori Two Rainbows will be ONSITE....keep your fingers crossed! We have offered airtime to the event organizers. Last minute, but stay tuned...to find out more, here's info: Day of a Thousand Drums -- Rally for the Restoration of Ancestral Names will take place from noon to 6 p.m. on May 30 at Portland Avenue Park, located at 3513 Portland Ave.

For more information visit http://restorenativenames.org/ call (253) 224-4888 website: RestoreNativeNames.org Otherwise, we will share ALOT of music, many new releases and other tracks & open the phone lines as a way to have an on air NAMAPAHH First People's Radio reunion....and to for sure Honor our Veterans & those we wish to remember those who have walked on...if you have a drum song & want to email it to me for airplay send it ASAP to robin.carneen@gmail.com Special thanks to Michael Kickingbear Johnson of Single Feather Media & Indigenous People's Music for setting me up with a Macbook so I can get back on the air! I am forever grateful! I also have extended an offer to one of the Tribes in LA, the United Houma Nation, who are working to keep the oil spill from destroying their fishing grounds! Maybe they will call in too? I've Missed You ALL! Have a safe & enjoyable Memorial Weekend....we will never for get the sacrifices many have made for our freedom & also our Indigenous rights! I wish the 1000 Drums event GREAT success! http://www.youtube.com/watch?v=ysnZP27iAiM
Posted by Swinomish1 at 10:53 PM No comments:

All my relations!
Posted by Swinomish1 at 10:12 PM No comments:

They ride for our future

I Just learned about this.....

Arizona Radio Stations Need Assistance After Fire
Posted by Swinomish1 at 7:14 AM 2 comments:

Promote Your Page Too

Playing in the Mud 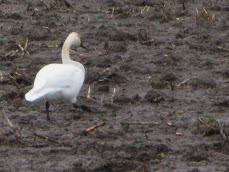 How many listeners does NAMAPAHH Average per show? 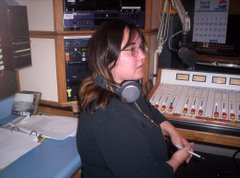